Members of the club DX and Club for healthy changes marked the World Day against child labour by the action held in Knez Mihailova Street in Belgrade. Through the organised quiz children and young people from these two clubs wanted to draw attention of their fellow citizens to the problem of child labour in Serbia and introduce to them the facts aboutwhich jobs are considered dangerous for children.

During 2016 members of the DX and Panel of young advisors of the Ombudsman participated in the workshop organised by the International Labor Organisation, and they gave their comments and proposals for amendment of the draft “List of hazardous work for children”. By adopting the Regulation on determining hazardous work for children, the Republic of Serbia has fulfilled the obligation assumed by ratifying the ILO Convention on the Worst Forms of Child Labour.

DX and Club for healthy changes have organised this action within the project “Child rights in the policies and practices” which the Child Rights Centre conducted in cooperation with Save the Children International, with financial support from the Swedish Development Aid. The action was held with the support of the 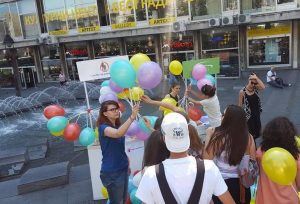 Centre for social preventive activities GRiG. Also, the action was supported by the visit of the representatives of the International Labour Organisation office in Serbia. 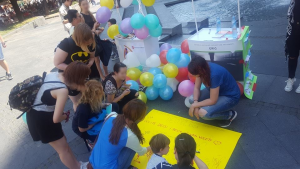